The Coveted True Wireless Charging May Be Coming 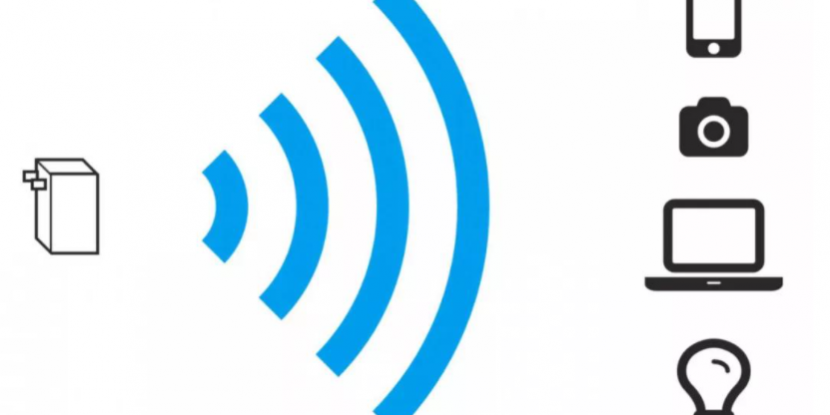 Since Apple cancelled the 3.5mm headphone jack, the inability to charge and use wired headphones at the same time has become a pain in the hearts of many users.

Later, more and more manufacturers began to follow this trend.

Huawei, Samsung, Xiaomi, OPPO…
Speaking of, even canceling the 3.5mm headphone jack has many benefits: saving space and enhancing waterproof and dustproof capabilities.

But as users, the most obvious thing everyone feels is three words: inconvenience.

The game is still in progress, but the phone has no power and turned off.
As an alternative, users can currently choose wireless headphones and wireless charging pads to alleviate most of the problems encountered.

Major brands have basically launched their own wireless accessories to minimize the inconvenience of users during use.

And apart from the cost, there are still many inconveniences in the use of wireless accessories.

Taking charging as an example, the mobile phone must be placed on a wireless charging pad.

Hold it in your hand to play a game, or lie down to watch a drama… Basically don’t think about it.
Therefore, we can only hope that a technology will be popularized as soon as possible to completely solve this very unconventional user experience.

What I’m talking about here is not those pediatrics that are 20cm away from the table, but a charging solution that ranges from a few meters to a dozen meters.

Compared with the current commercial wireless charging technology, this technology allows users to charge their smartphones through the receiver within a certain range.

To put it simply, there is something like a signal transmitter that continuously delivers energy to your phone through the air.

Moreover, this thing is not worried about electric shock.
Although the principle is like this, the specific research and development still depends on the research personnel.

So, the current non-contact remote wireless charging solutions given by different companies are different.

For example, laser charging.
The lasers in everyone’s minds are like the picture above, with fancy colors.

Especially once it moves, people can’t help but want to paint a dragon and a rainbow.

But in fact, as a beam of photons induced by laser, it actually includes invisible light.

Because of its good directionality and great energy, it was discovered by the Yale University team in 2010 that it can be converted into electrical energy with an “anti-laser”, and the device can be charged.
However, this device has a disadvantage, that is, it needs to be aligned.

Since the laser does not turn, the device that needs to be charged must be directly aligned with the laser emitter to absorb its energy and convert it.

Even if the laser is scattered, it is difficult to ensure that every point in the space can be captured by the mobile phone.

Therefore, researchers have recently developed an “anti-laser” that can absorb laser light, which can invisibly confine energy to any device equipped with an anti-laser.
what does this mean?

We may be able to walk around with our mobile phone and keep it fully charged by absorbing laser light.

Moreover, the energy reception rate of this anti-laser is as high as 99.996%, which means that the interference is very small.

If a lower-level laser is used, it can at least ensure the user’s indoor charging effect without damaging the retina and skin.
Good news.

Huawei, which everyone is familiar with, posted a video on foreign social media in September, indicating that they are studying laser charging solutions.
Huawei said that as long as one transmitter can provide invisible charging for multiple smart devices.

Maybe soon, the big guys can use this laser charger.
In addition to laser charging, researchers at a university in South Korea have recently worked out a new non-contact remote wireless charging solution.

On mobile devices, by installing a receiving module with a retroreflector, the effect of remote wireless charging is achieved.
Although it sounds similar to the laser charging scheme, the characteristics of infrared make this technology have a fatal weakness, that is, poor penetration.

Once affected by obstructions, it is difficult for infrared rays to pass through the object and continue to transmit like lasers, and will be switched to safe mode.

In addition, in the experiment, the amount of power received by the receiver will decrease as the distance increases. This loss seems to be much larger than the laser solution.

To help everyone sum up, that is to say, the weakness of this technology lies in its instability.

Therefore, the charging effect is much more difficult to control than the laser solution.

Practicality is also greatly reduced.
In addition to the two mentioned above, in fact, Apple has also proposed remote wireless charging in the past few years.

Different from laser and infrared, this solution uses electromagnetic waves, which is Wi-Fi charging.
According to the patent, this patent is applicable to various radio frequencies, including cellular phones (between 700 MHz and 2700 MHz), Wi-Fi (2.4 GHz and 5 GHz).

By equipping the mobile phone with dual-frequency patch antennas for beam steering arrays to locate the physical location of the device, the effect of attracting wireless signals can be achieved.

This technology had a short-term application in routers produced by Apple.

The new patent shows that as long as the beams of the router and the patch antenna form a dual polarization with the same layout, the built-in wireless circuit and supporting components can handle communication and power supply at the same time. In any case, as long as someone is still studying the field of remote wireless charging, it means that the big guy’s demand has not been ignored. We may not be far from using this technology.