China now limits wireless charging to 50W, will it affect the experience of electronic products? 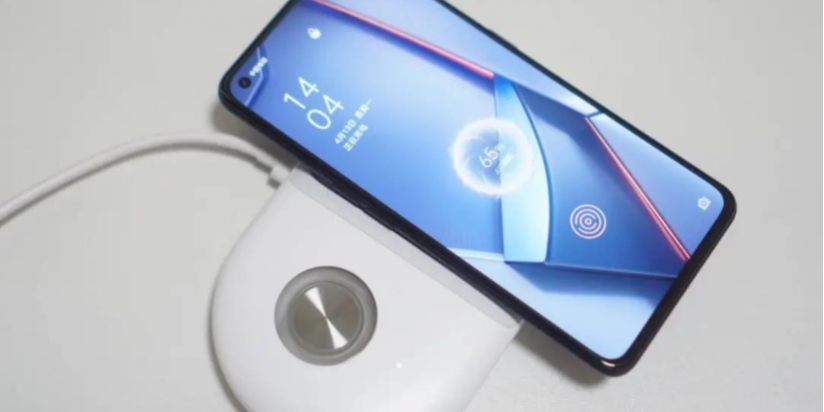 50W will become a word that cannot be bypassed for wireless charging, because just three days ago, the Ministry of Industry and Information Technology of China publicly solicited opinions on the “Interim Regulations on Radio Management of Wireless Charging (Power Transmission) Equipment (Draft for Comment)” and mentioned wireless charging.

In the document, a sentence touches everyone’s nerves: “Mobile and portable wireless charging devices… The rated transmission power does not exceed 50W.”

Manufacturers that have already put into the production of high-power wireless charging products may not sleep after reading the call for drafts.

In addition to 50W, what other requirements?
The detailed rules of the draft for comments are relatively clear, involving multiple dimensions such as power, frequency band, radiation value, and protected area.
The draft for comments defines the scope of application, “The regulations apply to wireless charging devices for mobile, portable, and electric vehicles (including motorcycles),” which means that the scope of the specification is not limited to mobile phones.

Secondly, the draft opinion separately stipulates the frequency and power of wireless charging.
At the same time, the draft opinion also limits the radiation value, and there are detailed regulations on the magnetic field intensity emission limit, the stray radiation emission limit, and the reception blocking limit.
Finally, some radio astronomy observatories have distance protection, ranging from 1 to 5 kilometers
It may be that taking into account the actual situation, the draft for comments also gives a grace period. If the draft is “turned to the right”, it will be implemented from January 1, 2022. Wireless charging devices that have been put into use before and are compliant, in principle, can Use until scrapped.

Why restrict?
After several years of promotion of wireless charging technology, it has been commercially available on a large scale. It stands to reason that there should be no major safety issues. At this time, the draft regulations for solicitation of comments were released, which was beyond market expectations.
Wireless charging technology is basically mature, and the amount of equipment is also exploding

However, wireless charging technology does bring some troubles that ordinary consumers can’t think of.

As large as mobile phone signal base stations, as small as mobile phones, wireless chargers, microwave devices, etc., they are all radio transmitting devices in nature, and they all send radio waves to the surroundings when they work.

At the beginning of the draft for comments, the reason for the regulation was explained, “to avoid harmful interference to all kinds of radio services carried out in accordance with the law, and to maintain the order of air waves.”

What can wireless charging interfere with?
We are surrounded by a large number of invisible and intangible radio waves. These radio waves inevitably interfere with each other and have reached a level of disarray.

The emergence of wireless charging technology has exacerbated this complex situation. When charging a mobile phone, the transmitting coil of the wireless charging board is based on a certain frequency of alternating current, and generates a certain current in the receiving coil of the mobile phone through electromagnetic induction, thereby transferring electrical energy from the transmitting end. To the receiving end, supply power to the mobile phone. An electromagnetic field is formed during charging, which may interfere with other radio waves.
With the popularization of wireless charging technology, the continuous increase in power, and the explosive growth of the number of devices, the challenges brought by them are far greater than fixed devices such as induction cookers.

For example, a wireless power bank can follow the user on the land, and it can also be taken by the user on an airplane to fly into the sky. The situation is very complicated. In the future, almost everyone will use a portable wireless charging device. If the power of the device is not adjusted Limitations, radio wave interference will be a very troublesome problem.

What can wireless charging interfere with? Let me talk about big projects first.

After the completion of China’s Sky Eye, the local government hopes to attract tourists and develop tourism through Sky Eye. However, electrical equipment that generates electromagnetic radiation carried by tourists may affect the observation of telescopes. Therefore, corresponding regulations have been issued to prohibit unauthorized carrying of mobile phones and digital cameras within 5 kilometers. , Tablet computers, walkie-talkies, unmanned aerial vehicles and other radio transmission equipment or electronic products that generate electromagnetic radiation, the maximum penalty is 200,000 yuan.
It is rumored that the wireless power bank that Apple is developing is theoretically one of the products that prohibit access to the Sky Eye.

Let’s talk about cases related to our lives.

The interference of messy radio waves is beyond imagination. For example, the WiFi, Bluetooth, and mobile phone signals that we use almost every day will be interfered by radio waves. Some Bluetooth mice are always used intermittently when placed in a certain place. If it is better to change to another place, it may be interfered.
Electromagnetic waves generated by wireless charging may also affect military radio frequency bands. The reason for limiting power and frequency bands should also be considered.

What is the impact on manufacturers and consumers?
Knowing that the wireless charging power may be “locked up” at 50W, many people exclaimed “Return me 100W wireless fast charging”.
Currently, netizens are roughly divided into three groups: Agree, Opposition, and Indifferent.

The main reason for the approvers is that 50W wireless charging is enough, and if you increase the power, radio wave interference will make everyone pay the bill. The opposition believes that this is a stifle to the progress of science and technology, and it does not matter that you can find a better solution. Pie is not interested in this matter.

At the same time, in order to attract the attention of consumers, many high-power wireless charging devices still have many problems such as poor heat dissipation, obvious noise, sudden power reduction, incompatibility, etc., which are far from optimized. Many devices can only reach the peak power for a period of time. After that, the power was quickly reduced, and the strange phenomenon appeared that “the exhausted 50W wireless charging is not as good as the stable 20W wireless charging”.

For manufacturers, it should be more uncomfortable.

The R&D cycle of electronic equipment is mostly 1-2 years. Perhaps many devices with wireless charging power exceeding 50W have entered the final stage of research and development. Now they suddenly announce the draft for comments. Manufacturers need to redesign the corresponding parts, disrupting the R&D rhythm. Fortunately, the opinion draft is given a one-year buffer time, which should not cause major problems.
Objectively speaking, if the wireless charging regulations are officially implemented, it will also prompt manufacturers to calm down, stop competing for power values ​​for marketing gimmicks, and put R&D efforts on the stability of wireless charging devices. If you can make a wireless charging device with less heat, low noise, and a power that can maintain 50W, compatible with products of different brands, it may be much better than a 100W wireless charging with ventilation.

A Zhihu user who has been involved in rule-making work said this:

The national standard-setting organization does not need to tell consumers why, because the national standard is issued to enterprises, and enterprises clearly know what these indicators mean.
The first thing a company wants to make is to make money, but managers know that some bottom lines cannot be opened up, otherwise, it will cause harm to the industry and consumers, but companies are not willing to tell you about these harms.
As a result, some people feel that management is suppressing technological progress…

For this reason, ordinary consumers only need to wait for the corresponding regulations to change. The current regulations are in the stage of soliciting opinions. If there are really unreasonable factors, relevant companies will naturally give feedback.