20000mAh+ Wireless Charging! This Power Bank can Charge 3 Mobile Phones at The Same Time, and The Power Will not be Charged While Watching 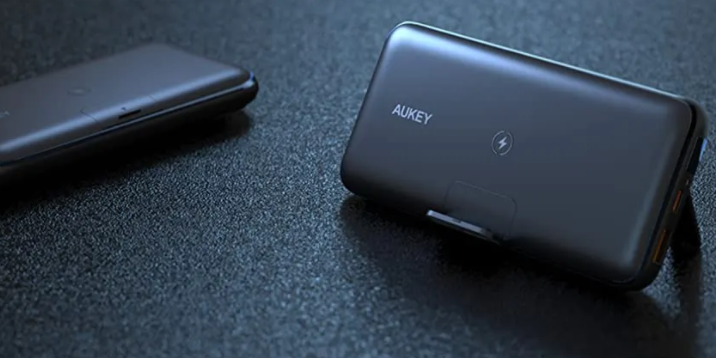 Therefore, when you go out, you will usually bring a power bank. It is safe to buy it out once.
It wasn’t until a few days ago that I forgot to bring the power bank with me when I went out. I didn’t know how inconvenient the current shared power bank was. Such a big thing can’t even support my iPhone to charge twice. A large-capacity Android device can only be charged once, right?
The charging speed is not as slow as usual, and the battery will not even rise by 1% when the shared charging treasure is plugged in to watch TV shows and others!

I have recommended several power banks before. Everyone likes them. However, some friends always say that the capacity is too small. I have to charge my mobile phones and power banks every night, which is too troublesome.

Therefore, the director felt that I would recommend another power bank that I must bring when traveling on my own-AUKEY wireless power bank.

This power bank supports 20000mAh large capacity and wireless charging, up to 22.5W fast charging, and can charge 3 devices at the same time.

The unique bracket design allows you to charge while watching a show, without a cord when you go out, so you don’t have to worry about battery power during travel.

The size of a mobile phone, but it hides a huge 20000mAh battery

Everyone has heard of the name AUKEY, right? In the field of power banks and charging heads, AUKEY is one of the leading brands.

AUKEY and Anker are known as China’s digital accessories exporters. They were originally only a small factory in Shenzhen, but they have taken a strategic position in the international market. They have penetrated the markets of more than 50 countries around the world, and branded foreign digital accessories brands as “other”. Share.

In the field of charging, AUKEY has a variety of important technologies. The first gallium nitride GaN charger in the industry came from AUKEY.

That’s right, it is the gallium nitride GaN charger that is used by various mobile phone manufacturers such as Huami OV.

The benefits of large capacity are self-evident. A few good friends travel out and bring a power bank to charge the mobile phones of 3 or 4 people from 0 to full.

The director will also bring it when traveling alone. One power bank can solve the charging problem of two mobile phones, tablets, and game consoles. You don’t even need to charge the power bank for two or three days on a business trip.

Some friends may ask, what is the use of a large battery? Only one mobile phone can be charged at a time. When will the 20000mAh be charged?

Of course, AUKEY also thought of this problem. This power bank can charge 3 devices at the same time.

Take iPhoneXs as an example. It can basically charge up to 50% of the battery after charging for half an hour, which is very fast.

Now the problem is coming. There are only two charging ports. How can this power bank charge three devices at the same time?

Because this power bank also supports up to 10W wireless charging, two wired and one wireless, just can charge three mobile phones.

And it can not only charge mobile phones, but also wireless headsets. The director usually charges two mobile phones with wired and wireless chargers for Bluetooth headsets, which is just right.

Hold up the small bracket and watch the drama “Uninterrupted Electricity”

For the director, large-capacity and support for wireless charging are the things that the new generation of power banks must be equipped with, so why should I choose AUKEY, the power bank?

I don’t know if you have noticed that there is a small paddle on the front of the AUKEY power bank. Pull it down, and then open the support on the back. The power bank will change into a mobile phone holder in seconds.

It is better than ordinary mobile phone holders in that it supports wireless charging at the same time. When you put the phone on the power bank to watch a show, the battery of the phone is always full.

When the student party goes to the library, they can take this charging treasure to watch the courseware, and they don’t need to find something to hold a mobile phone without having to bring one cable.

When traveling on the high-speed rail, you can put the charging treasure on the small table and charge while watching the show. When you arrive at your destination, your mobile phone is still fully charged.

Don’t worry about the safety issues such as overheating of the power bank. The design of the AUKEY power bank is verified by high-standard markets such as the United States and Europe. The four protection measures ensure safety, so you can rest assured.

As the flagship product of AUKEY, the leading brand in the global market, the value of this power bank is almost full. It has a large capacity of 20000mAh and a combination of wireless charging + two-way fast charging. The product is impeccable.

I originally thought that AUKEY and Anker are equally famous, and the prices of the two should be similar.