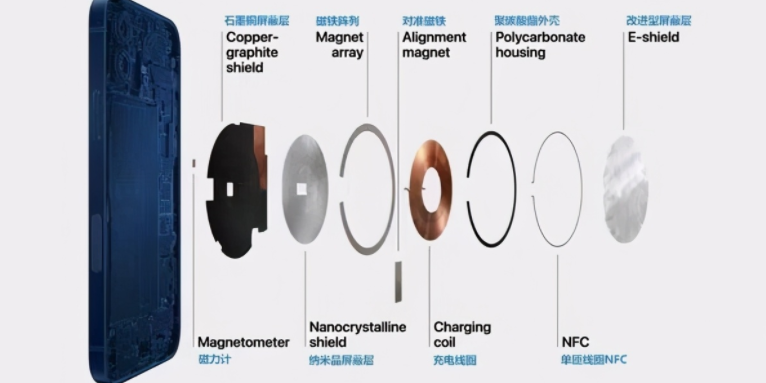 Apple’s iPhone 12 series of four models no longer give away charging heads, which makes many mobile phone users who buy iPhone 12 need to buy another charger, and the iPhone 12 series is equipped with the newly developed 15W MagSafe magnetic wireless charging technology, but the official MagSafe The price of the accessories makes a lot of fruit powder complain, and the price of more than 300 is too expensive. Today, I will recommend several affordable alternatives to MagSafe wireless chargers, and talk to you about the principle and parameter selection of magnetic wireless chargers.

The adoption of the magnetic wireless charging scheme can not only solve the problem of charging alignment, but also play an important role in educating users. Because wireless charging is the future trend, and Apple’s goal is also very clear, is to let users get rid of the shackles of charging cables as soon as possible, and finally realize the non-porous design of mobile phones.

Excellent low-temperature control, it is not easy to get hot after charging for a long time. The surface of the power bank is treated with high-end plush paint, and it feels very good.

Reason for recommendation: The thickness of this Nelkin MagSafe magnetic wireless charger is only 5.2mm, which is thin and light for daily storage, and supports wireless charging up to 15W. The magnetic charging is stable, so you can play while charging, no problem.

Generally speaking, as long as you don’t want to choose those dozens of dollars of wireless charging, there will be no problem. The above are the most recommended magnetic wireless charging products for iPhone 12 users. You can buy it. Reference below.