Wireless charging is coming? No need to treat electric cars as “fathers” anymore 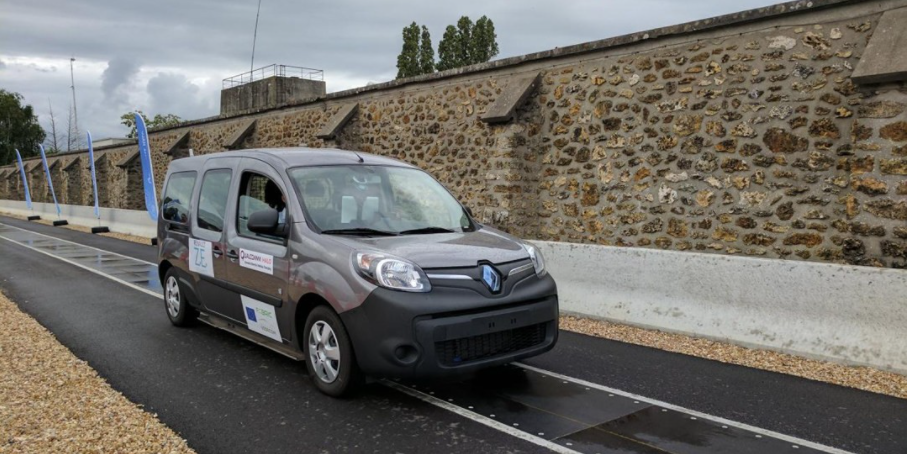 In addition, the availability of charging piles is not as good as gas stations. At present, almost all gas stations that can be found are operated by specialized personnel, so there is no need to worry about the situation of the gas station.

But charging piles are different. In most cases, they are unsupervised. Many charging piles cannot be found even if they are damaged. If you encounter such a charging pile in an unfamiliar place, I believe your heart will collapse.

The short battery life of electric vehicles is also one of the problems. In the case of daily commuting, it is not bad. When it comes to long-distance travel, it becomes the weak underbelly of pure electric vehicles.

This is due to the natural structure of the motor, and the cruising range that is already stretched at this time will be enlarged. At present, there are still a small number of charging piles arranged at high speeds, and when there is a holiday, three or five hours in line to charge, not only wastes time, but also delays the holiday trip.

The one that can perfectly solve the above problems is undoubtedly wireless charging technology. Of course, it does not mean that the vehicle stops charging in the service area, but that the vehicle can be charged wirelessly while the vehicle is running. This can reduce the time wasted due to charging, and it can also charge the vehicle without affecting the journey. It sounds like multiple tasks. Gotta

Traditional charging facilities also have wires without exception. Wires are channels for all communications such as signals and electricity. With the advancement of science and technology, in addition to mainstream electrical appliances, the development direction of electronic technology is also towards wireless technology, starting from wired phones to wireless digital signals, and beginning to use wireless charging to charge mobile phones and smart devices.

As cars gradually become more electrified, it is almost certain that wireless charging is the only way to go. Imagine that in the future, whether in parking lots, waiting for traffic lights, or driving on highways, pure electric vehicles can be charged. Will end battery life anxiety, and electromagnetic effects make it possible.

The electromagnetic induction design two electromagnetic coils, that is, two wires, usually copper wires, which are wound around the magnetic core and energized; one of the coils is the transmitter, which will appear in the charging board in the parking lot and driveway in the future, and the other is located in the car body The bottom, as a receiver.

When the transmitter is energized, it generates a magnetic field and transfers energy to the receiving coil to charge the vehicle.

Evatran is located in Virginia, and its wireless charging system can be applied to Tesla Model 3 and BMW i3, and Nissan Leaf. It has various output powers in the general household rated power range between 3.3-7.2kW. WiTricity is in Massachusetts, and their system has a maximum output of 11kW.

In addition, automakers have also developed their own wireless charging systems, including Nissan and BMW. The first phase of wireless charging applications seems to be progressing well, but the second to fourth parts will require government support.

The Oak Ridge National Laboratory, funded by the U.S. Department of Energy, recently demonstrated a wireless charging system with an output power of 120kW, which is the same power as Tesla’s overcharge.

But the laboratory does not stop there. Its long-term goal is to develop a 350kW wireless charging system, which can make the charging time of the electric car less than 15 minutes.

In order to make the dynamic wireless charging system economically feasible, the conditions for achieving the 350kW target are quite demanding. As the output power increases, the volume and cost of the coil embedded in the recording should be reduced as a prerequisite for large-scale use.

It proves that with the advancement of technology, dynamic wireless charging will eventually become a reality, and it also proves that the end of battery life anxiety is only a matter of time.

For example, the iPhone X sold 30 million in the first quarter, and the impact was that the daily electricity consumption increased by 415MWh. This is still data that each mobile phone is only charged once a day. Calculated with an efficiency of 60%, the result is that the grid will increase the load by 278MWh per day, which is equivalent to 25 times the average annual household electricity consumption (of course, this is data from overseas statistics, not Chinese data).

This is just a calculation of the digital product market. If the power grid wants to use clean energy for new loads, it needs to build 1,400 wind turbines.

Calculated by electric vehicles, according to driving habits, Tesla Model 3 consumes 4.5-5.5kWh per kilometer (ideally). Calculated by 35 kilometers of commuting per day, Tesla’s daily power consumption is 7kWh, which is almost equivalent to a small average daily consumption of the family.

Therefore, the introduction of electric vehicles on the road is equivalent to adding a new household user to the power grid. If wireless charging is used, it is almost equivalent to adding two household users, because the efficiency of this kind of charging is not high. The National Grid may be able to withstand this growth, but it is difficult to say whether the local facilities can withstand it.

The main reason for the increased pressure on the power grid is the low efficiency of wireless charging. Oak Ridge National Laboratory demonstrated that the 20kWh wireless charging system has been operating at 90% efficiency, and the power output is about 3 times faster than traditional wired slow charging. The charging efficiency under realistic conditions is still unknown. how many.

At present, the efficiency of wired charging is generally above 95%, so low efficiency is one of the factors affecting the popularity of wireless charging.

As can be seen from the figure, the ordinate is the charging efficiency, and the abscissa is the ratio of the distance between the receiver and the transmitter to the diameter of the transmitter. Different strict lines represent receivers of different sizes.

Through the curve in the figure, it can be found that when the distance between the receiver and the transmitter reaches a critical value, the charging efficiency will drop significantly.

For a given wireless charging system, the difference between the position of the transmitter and the receiver tells the importance of determining the charging efficiency. The maximum deviation between a 50cm diameter transmitter and a 25cm receiver is 7.5cm.

For a car that is four or five meters long and nearly two meters wide, the parking accuracy of 187.5px is no longer low, and it is exactly the same. The car factory will closely integrate wireless charging technology and automatic parking.

Generally, triangulation and magnetic vector methods are used, and then the positioning information is conveyed to the car’s parking system. The car accurately positions itself on the top of the floor mat. The better the position, the higher the efficiency.

Different heights of vehicles, different parking positions, ground debris, etc. will cause changes. The direct manifestation of this change is that we cannot charge after parking in the parking space.

The professor once encountered a situation where the vehicle could not be charged using the charging pile. The charging pile always showed that the recognition failed. As a result, it was necessary to replace several charging piles to charge successfully. Even the success rate of ordinary charging piles is so low, so wireless charging How convenient can it be?

Moreover, due to the uncontrollability of the external environment, when wireless charging is used in public places, a little foreign matter appears in the electromagnetic field, which will affect the charging. For example, the kitten has been standing on the charging board, a piece of garbage is blown onto the charging board, etc.

If you want to build a wireless charging station, even the entire original parking lot needs to be excavated, and wiring and other processes are required. However, the current charging piles only need to be installed on the ground by adding lines, and the almost non-destructive installation is undoubtedly beneficial to the popularization of charging piles.

Some scientific researchers pointed out that perhaps on the day when the wireless charging technology is fully launched, pure electric vehicles already have large battery packs that can achieve a range of thousands of kilometers, and the charging time is greatly shortened, so there is no need for wireless charging. Sex.

Standardization of wireless charging is an important starting point. There are different domestic and foreign standards, so you need to “cross the river by feeling the stones”.

No standardization means lower versatility. Imagine that a parking space can only serve one brand of vehicles. There are so many brands on the market that it is difficult to guarantee the convenience of use.

At this time, the importance of the standard is reflected. After the unified standard, all vehicles can use the same charging parking space after arriving at the parking lot.

If the vigorous promotion is needed, support at the national level is indispensable, just like the original development of pure electric vehicles, the rapid development of national subsidies will be promoted.