Wireless charging ushered in a new trend? Will it replace wired charging in the future? 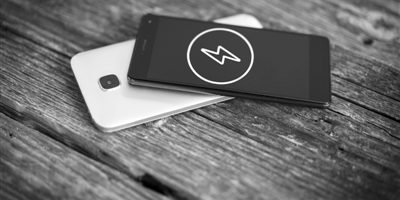 With the development of the Internet of Things, wearable and portable devices, people are increasingly dependent on smart electronic products. However, messy charging cables often cause headaches for consumers. Frequent plugging and unplugging of wires can also cause certain damage to the charging interface, so people began to seek new charging methods to change this situation. Nowadays, more and more electronic devices are beginning to adopt wireless charging technology.

In simple terms, wireless charging technology is a non-physical contact power transmission method. There is no restriction on the location of the charger. When in use, only the mobile device is placed on the charging board to complete the charging.

At present, as a portable charging method, wireless charging has been applied to many areas of life. The scope of application mainly includes various low-power electronic devices, such as mobile phones, tablets, electric toothbrushes, bracelets, electronic watches, and electronic glasses. Wait.

In public areas, wireless charging technology is often used to provide charity or rental charging services, and will become an important application scenario in future life, such as letting electric vehicles get rid of heavy charging cables and realizing charging anytime and anywhere.

“Electromagnetic induction is currently the most mature method that can be popularized on a large scale. It has strong adaptability to the environment, and it has achieved commercialization and industrialization.” School of Communication and Electronic Engineering, East China Normal University, Shanghai Professor Li Qingli of the Key Laboratory of Multi-Dimensional Information Processing said that the electromagnetic wave frequency used in this method is low, and there are only a small amount of electromagnetic waves in the far-field area, so it will not cause too much electromagnetic interference to other equipment. However, the charging efficiency of this method is low, and it is difficult to meet the charging requirements of high-power electrical appliances.

Safer use of electricity, better waterproof and moisture-proof

According to experts, the difference between wired charging and wireless charging is not only the difference in charging methods, but also has different requirements for the hardware performance of electronic devices.

The reporter of Science and Technology Daily learned that wired charging is currently very mature, and only the corresponding interface and power management interface circuit are required on the hardware. Compared with wired charging, wireless charging requires higher device hardware performance. Due to different charging methods, both the charger and receiver need to be redesigned.

Hong Xuemin also pointed out that wireless charging still has problems with power loss. Unnecessary heat is easily generated during charging, which makes the temperature of electronic equipment rise significantly during the charging process. Therefore, when designing wireless charging products, it is necessary to select a heat resistance comparison. Good battery.

Wireless charging technology gradually matures, and it also brings new changes to electronic products, making new electronic products have more new advantages: First, wireless charging technology solves the problem of too many cables in the hands of consumers when there are too many electronic devices In addition, electronic products with a plug-free design have high electrical safety, which can avoid the risk of leakage caused by the corrosion and aging of the power cord; the equipment has good airtightness, and has good waterproof and moisture-proof capabilities. It can be used safely even in stagnant water.

Improving user experience is the key to comprehensive popularization

“Wireless charging devices require built-in charging coils, which makes portable devices larger than wired charging methods, and at the same time increases the cost of the product, and the user acceptance is poor. In addition, in actual use, the power of wireless charging is still low, and Makes the user experience poor.” Hong Xuemin said.

At the same time, the reporter also learned that people still have some concerns about wireless charging, such as electromagnetic radiation. In this regard, Associate Professor Zhou Hongzhi of the School of Applied Mathematics and Physics of Beijing University of Technology pointed out in an interview that wireless charging of mobile phones will produce a certain amount of radiation, but under the premise of product quality assurance and correct use, this radiation has almost no harm to the human body.

“In the future, to realize the complete popularization of wireless technology, academia and industry will need to work together to make technological breakthroughs.” Li Qingli suggested that from a technical point of view, it is possible to study methods to reduce the volume of the receiving end coil and try to design new materials. Coil; research methods to improve charging efficiency and shorten charging time, such as from the aspects of charging waveform, circuit design, new coil material selection, and increasing battery charging current; encourage manufacturers to form relevant industry alliances, and design and produce in strict accordance with national standards , Strictly control product quality to prevent damage to users due to charging safety accidents.

Apple’s magnetic wireless charger experience, is it worth buying?
04/27/2021