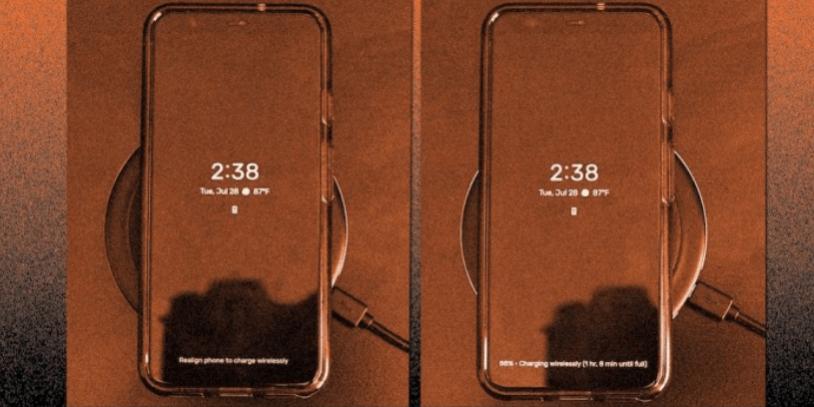 Nowadays, the frequency and dependence of mobile phones are getting higher and higher. It can be said that “it is difficult to move without a mobile phone.”

The emergence of fast charging has greatly improved the battery life of mobile phones. With the advancement of technology, wireless charging, which is the main feature of convenience, has also entered the ranks of fast charging.

The answer is of course no.

In response to this problem, many digital bloggers have also come out for wired fast charging and wireless fast-charging stations, saying that they often use fast charging, and the health of the battery is still 100%.

Why do some people think wireless fast charging hurts mobile phones?
Mainly because of the concerns about frequent charging. The biggest advantage of wireless charging is that there is no wire constraint, and every time it is charged, it can be taken at any time, reducing the complexity of plugging and unplugging the data cable. But some friends suspect that frequent charging and power outages will reduce the service life of mobile phone batteries.

In fact, this idea is still affected by the previous nickel-metal hydride batteries, because nickel-metal hydride batteries have a memory effect, it is best to fully charge them after they are used up. But now mobile phones use lithium batteries. Not only does it have no memory effect, but the charging method of “small meals” is more conducive to maintaining the activity of the lithium battery. That is to say, don’t wait until the battery is too low to recharge. Need to be too full.

According to Apple’s official instructions, the iPhone’s battery can retain up to 80% of its original power after 500 full charge cycles. If the battery’s power is less than 80%, power consumption will increase and performance will be affected. . This is basically the case for the battery of an Android phone. And a charging cycle of a mobile phone refers to the battery is fully charged and then completely consumed, not the number of times of charging.

As for the high radiation, it is a bit ridiculous, because the Qi wireless charging standard uses a low-frequency non-ionizing frequency that is harmless to the human body.

If you find that your mobile phone battery is depleting too quickly, it is actually more likely to be due to the following reasons:

Excessive use of mobile phones

Generally, one charge per day for mobile phones is relatively normal. Some heavy mobile phones use 2-3 charges per day. If you use a lot of electricity each time, it is equivalent to 2-3 charge cycles, which is possible. This leads to faster battery consumption.

The charger power fluctuates greatly, and the heat is too high

If you use unqualified third-party chargers and data cables without overvoltage and overcurrent protection, it may cause unstable charging power and damage the battery. In addition, the normal operating temperature of a general mobile phone is 0-40°C. Excessively low or high temperatures exceeding this range will cause a certain degree of loss to the battery.

There will be heat loss during wireless charging. If the quality is excellent, the power conversion rate is high, and the temperature control and heat dissipation ability are strong, the temperature will not be too high.

In addition, although the mobile phone can be played while charging, the charging speed will slow down and the temperature of the battery will increase. Try not to play large-scale games, watch videos, and make calls when charging your mobile phone, which consumes a lot of power and generates high heat.

Suitable for people with wireless fast charging
Discharge and charge, get rid of the wiring harness. In this way, you may not feel much. In fact, these conveniences are reflected in some small details. For example, when the mobile phone is charging, you can answer the call directly without unplugging the data cable.

Especially for people who are busy with work, they often just plug in the data cable when they arrive at the office, and then they have to unplug it after going to a meeting. It is much more convenient to use wireless charging.

Use wireless charging, sleep charging, or charging whenever you want, using the fragmented time, just grab it when you want to use it, and the whole process is smooth and smooth. Therefore, it is especially suitable for office workers and computer friends who want to experience the trendy charging method.

I often use wireless charging, will it be easier to damage the battery than plug-in charging?
07/16/2021

The palm-size can charge 4 mobile phones at the same time! Bringing your own cable can be wireless, and taking it out is super easy
06/18/2021

Bloomberg: Next year iPad Pro will have glass back cover and MagSafe wireless charging
06/05/2021
ABOUT US
Go to Top